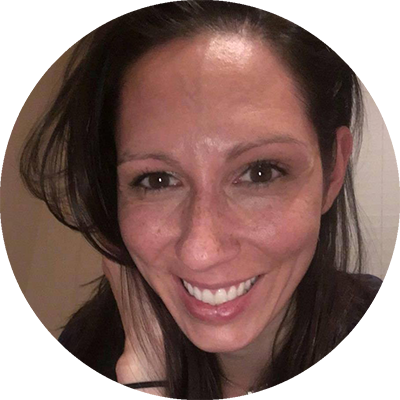 I always find it interesting to reflect on the path that got me to where I am today as a FNTP. In some ways, it isn’t surprising, kind of like the universe kept nudging me in the direction of nutrition and health… but yet, I seemed to have taken the scenic route...

As a child, I was very aware of body image and the term “diet” all around me. I noticed how women would restrict their eating at even a young age to remain a certain size. The message I heard is health is measured by the scale... Something I no longer believe, but has taken years to get past that mindset.

The power of nutrition has been weaved throughout my whole life, but it wasn’t until I became a mother that I truly saw the power of what we choose to put in our body and the impact it can have on how we feel and our overall health. 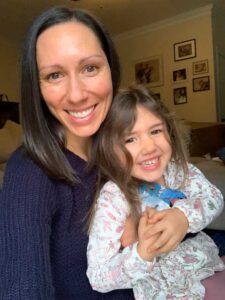 Motherhood & The Influence of Littles

Flash forward a couple years and I gave birth to our second daughter. The first few months after she was born were rough. Mentally and physically. Our daughter developed severe reflux symptoms around 4 weeks and would projectile vomit, leaving us both soaked after each feeding.  Because symptoms only continued to get worse and we were concerned this was more than just a “colicky” baby, we took her to the emergency room to be evaluated. They ruled out any physical cause (i.e. pyloric stenosis)... but I will never forget what the ultrasound technician said to me that day. After the ultrasound, he turned to me and said,  “Maybe she just doesn’t like your milk? Maybe you should try formula.” That was the suggestion. I was shocked and overwhelmed as a sleep deprived mom of a newborn and toddler (her older sister was not yet 2 years old). And he wasn’t the only one who made the suggestion to stop breastfeeding and to switch to formula. I just wasn’t comfortable with that decision or at least jumping to that decision. How could formula help? Many formulas were soy or dairy based and filled with artificial ingredients.

So a few weeks later, I went to our regular pediatrician and they immediately put her on reflux medications. I was told this will not solve the problem, but only manage symptoms.  I continued to breastfeed our baby girl and although symptoms improved-she was a little less fussy- she was still spitting up after each feeding. At follow up appointments, I continued to get little feedback and was told to just increase the reflux medication dose. This concerned me as reflux medications have potential negative side effects and are only recommended for short term use. I also couldn’t get it off my mind that we were only treating “symptoms” and not looking deeper into WHY she was experiencing reflux in the first place! So I did what all concerned mothers do and did some personal research…I kept hearing dietary changes might help. This all seemed to make sense and could be why formula for “some” babies might be the right route to go.

Everyone is unique and the baby’s digestive system is still developing during the first 2 years of life, so maybe she was sensitive to a specific food(s) I was eating, but where to start? Well the next visit to the pediatrican, I spoke to a different provider and asked if there wasn’t something more I could do! Could my diet be impacting her reflux? What if I volunteered to cut out potential allergens? Well that day, I saw someone who will never know the true impact she made on our journey, but she said yes.

Now there was no guarentee the reflux would go away completely, but she told me diet *could* help-  in fact, she was going through something similar with her baby at the time. So that day I went home and started the process of cutting out top allergens (dairy, soy, gluten, eggs, and peanut butter) from my diet. It was a big change and I admit, not easy in the beginning… I used to LOVE cheese. Cheese on eggs. Cheese on tacos. Cheese with crackers. You name it, cheese went with it - haha!

But I was committed to see if this could help my baby feel and sleep better. And it did!

No, not all at once, but slowly I started to see improvement and we were able to stop giving her reflux medication entirely. And I continued to keep these foods out of my diet until our daughter was about a year old when we started to reintroduce foods back into her (and my diet) without an issue.

Food Sensitivities - More Common Than You May Think 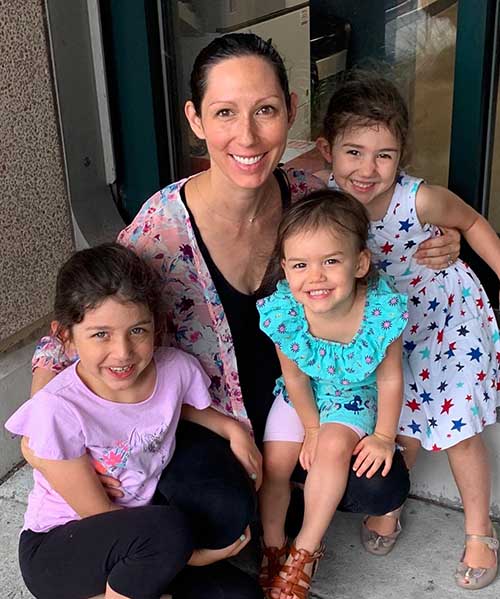 Now the more I researched, the more I learned, food sensitivities are not uncommon in babies, So when we got pregnant with our third baby a couple years ago, I preemptively cut out dairy, soy, eggs and gluten (although I wasn't eating much of these anyways).  Baby girl #3 was born and seemed to be doing well. She didn’t spit up much and I kept getting pushback from those around me that my dietary choices were unnecessary.  I felt guilty like I was inconveniencing others by my dietary choices, so I tried to reintroduce eggs and dairy back into my diet… shortly after, our baby started to spit up more and experienced blood in her stool. Since blood in the stool can be a clear indication of a food intolerance, we had her evaluated at the pediatrician’s office to confirm. The test came back positive and the pediatrician recommended I remove dairy and eggs out of my diet again. Right away her symptoms cleared up! It is interesting to note that this was our first baby (of 3) who rarely needed a burp cloth or bib… she rarely spit up! By this point, I saw how much of an impact diet could make.

Because I felt so good eating a diet filled with fresh fruits, veggies, protein and my own digestive symptoms of bloating, acne, etc cleared up while I was breastfeeding, I continued limiting these foods in my own diet (dairy and gluten specifically), even after our third baby weaned.

Now there is so much more to my journey but motherhood is really what sparked my desire to dig deeper into health and nutrition. I felt a pull to go back to school to learn more. I researched different education options, but there was something that kept bringing me back to the Nutritional Therapy Association (NTA). Their philosophy of health based on ancestral habits to help individuals develop optimal health through the lens of bioindividuality spoke to me.

Nutritional Therapy isn't about finding the “perfect” diet that everyone should follow, but rather looking at the individual and finding ways to support them where they are and help them develop habits to achieve the health goals they have for themselves.

Instead of Just Trying to "Survive" isn't it Time to "Thrive"?

As a society, we down cups of coffee to just have the energy to get up and make it through the day.  But what if instead we could *THRIVE*? What if even in the most challenging circumstances we wake up each day with energy and motivation to tackle whatever the day brings? Isn’t that how life is meant to be lived?! I believe so! And I look forward to the opportunity to help others see the impact nutrition has on their own health journey! 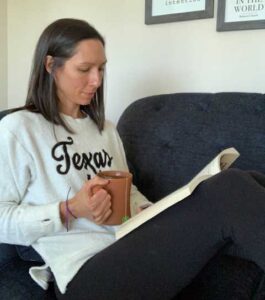